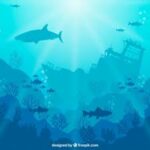 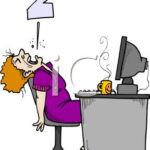 RLS is an irresistible urge to move your legs when sitting or lying down.

The exact cause of this is still unknown. However, studies suggest that the transmission of the dopamine signal is impaired. Iron deficiency could be a contributing factor as well.

Why Does It Matter?

Those of us who live with the sleep deficits, stress and frustration of a sleep disorder know why it’s important to find out what causes sleep disorders. We know the desperate longing for a cure to be found. However, others perhaps do not truly understand the need.

Our health and general well-being are immensely affected by the quality of sleep.

Today 50-70 million Americans suffer from sleep disorders and complain of occasional disruptions of their sleep.

The risks of sleep apnea include cardiovascular problems, stroke, diabetes, and even death. Having sleep apnea increases a person’s risk of death by more than 3x.

1 in every 2,000 have narcolepsy but in addition to that, many people go undiagnosed.

Whether you are a person with a sleep disorder, a friend or a family member of someone who is or a community member just looking to help, there are ways to contribute to the research and support of individuals suffering.

One very important way is by helping to spread awareness about these conditions. Also, you can encourage sleepy people to talk to a specialist if they suspect their sleep is not restorative.

A second way to can help is to volunteer at a conference held by organizations such as the Narcolepsy Network.

If you are an athlete you could run a marathon to raise funds for research and awareness.

During my research for this article, I have come across a lot of fascinating facts and research. I am thrilled to see that so much has been happening in the research of sleep disorders in recent years. I expect that the momentum to find a cure will continue to grow. Eventually, a cure will emerge as long as we keep pushing for it.

48 thoughts on “What Causes Sleep Disorders?”